Paul Kercal is digital art educator from the UK who uses ArtRage for personal and teaching purposes. He is a prolific experimenter of all art apps, devices and styles, dashing out quirky cartoons and new ideas in his personal life and as part of his digital art classes in schools and for events.

I’m… Hmm. I’ve been a super market trolley pusher, an office cleaner, a youth arts centre manager, a computer games concept and texture artist and currently sit in a classroom teaching digital arts (now in my 12th year of trying to fully understand what makes the students tick). It’s been an interesting journey to here… Here to there looks equally exciting.

I’m an impatient artist! I love the immediacy of creating art on a glass screen and am given so little time to work on an image outside of work/educational paperwork I love to create an image in one sitting. I don’t plan or think ahead (mainly); just give me a subject and half an hour to draw without distraction and I’m happy…

Traditional background and training (cel animation and illustration). I still love picking up a pencil and a sketch pad… But the lure of the glass screen has been irresistible since I picked up my first touch screen device 🙂

The latest? That’s a bit facetious however it isn’t every company I trust to just update to whatever’s new. The iPad update is a stormer, for example but I was delighted when it came out for Android proper (ignoring the Intel edu version that knocked around for years).

All 🙂 I have a strange screen addiction and happily use ArtRage on Android, WinOS, iOS, IWB and VR. Doh! That last one was fantasy (but how cool would it be? Yes this is a hint). My current daily drivers are iPad Mini 2, Surface Pro 3 and HTC One M8. ArtRate is on all three devices.

Oh, I use a range of programs, apps and media. Flighty, that’s me. That said my mother app is ArtRage. Probably 60% plus of my images start, end or live entirely on ArtRage (not just saying that because it’s you, it’s completely true..)

Ooooh. Um. Hmm. No idea. Since v2? Yonks ago anyhow. That said when the tablets hit I was Brushes app first and foremost. But it wasn’t long until ArtRage took over as the first app I would open after I danced the unlock slide shimmy…

Blimey, it’s that long ago I can’t really say. Did a copy come as a freebie or demo on a Computer Arts magazine years ago? Might have been a version added alongside a Wacom pad? No idea. Like most apps, it took a while to hit. I love it now on the desktop but when it was you, me and a mouse I didn’t have that loving feeling. It took a Wacom pad and then the friendly neighbourhood glass gorilla to unlock the magic.

You use ArtRage a lot for teaching. Could you tell us about that?

I don’t just use ArtRage in my teaching… I LOVE using ArtRage in my teaching… I’m lucky enough to be able to mix College classes with external classes in theatres and galleries and the like. And that can be teaching anyone from 4 year olds to 90 year olds. And ArtRage is wonderful to sit and explain. For the most part it’s a hugely intuitive interface. That the icons look like the tools they link to and the effects are like the tools themselves makes it so easy for an app newcomer to understand… But the depth of the app is so amazing, I wish I could teach a years worth of content, I probably still wouldn’t reach the depths ArtRage offers.

Editor’s Note: You can learn more about ArtRage as educational software in our Education section. 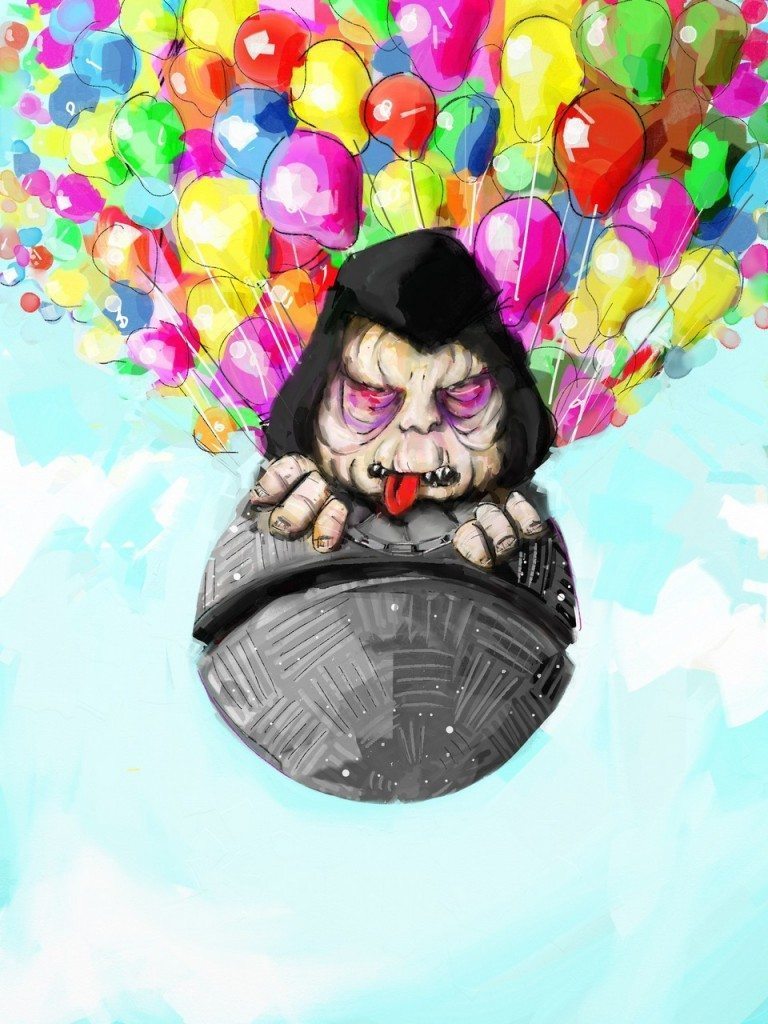 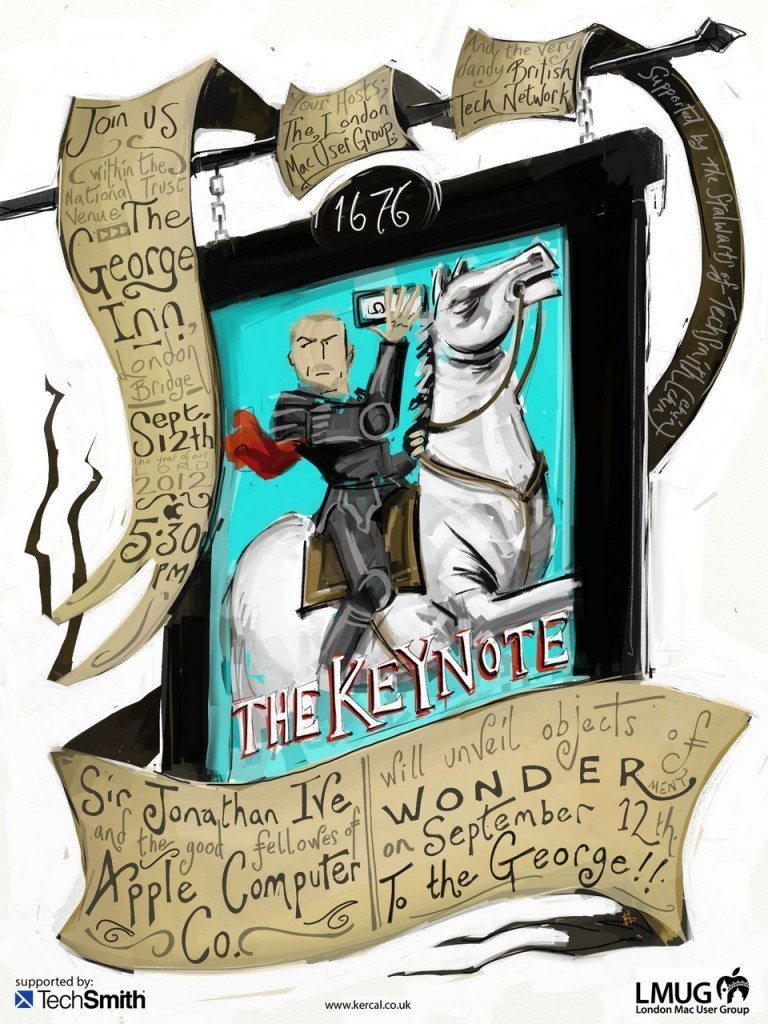 You’ve been helping beta test ArtRage for iPad 2.0. How fast should people rush to update to this version? What improvements are you happiest about?

I’ve been told I should love the glitter tool more (which actually I do, for teaching a certain age group 😉 ). Transform is SO much better now. Much appreciated. 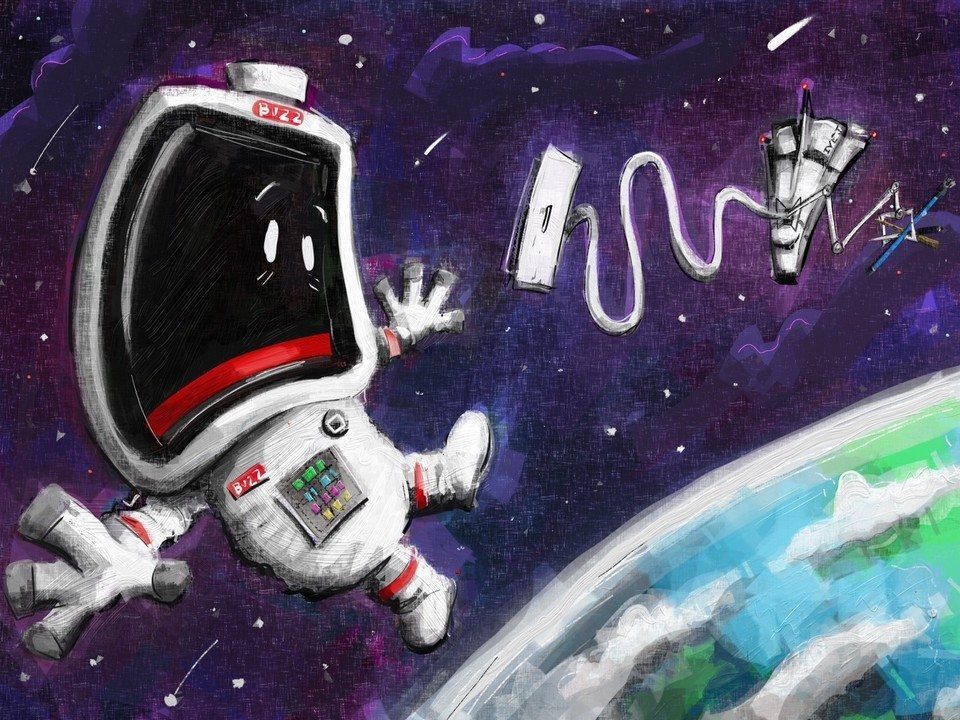 Hmm well the images I’ve sent are fairly representative of the strange workings of my mind. Stylus T Frog is a favourite image of mine; he’s very much my spirit animal.

Doomed was an app mash which began as a squiggle with no planning and became the Phantom of the Internet… It started in Paper, was transported to ArtRage before being given a couple of additional quirks in Lightroom.

Gravity/Outta Battery just started off as an idea in my head and fell onto the screen. Some times it’s a name or word that sets me off, sometimes it’s trying to visually present the feeling of helplessness that seeing the 1% battery disclaimer on a device. That said my pictures are often a visual diary of my day as much as throwing an image out there. I do draw to order too sometimes (the London Apple group meeting poster for example). 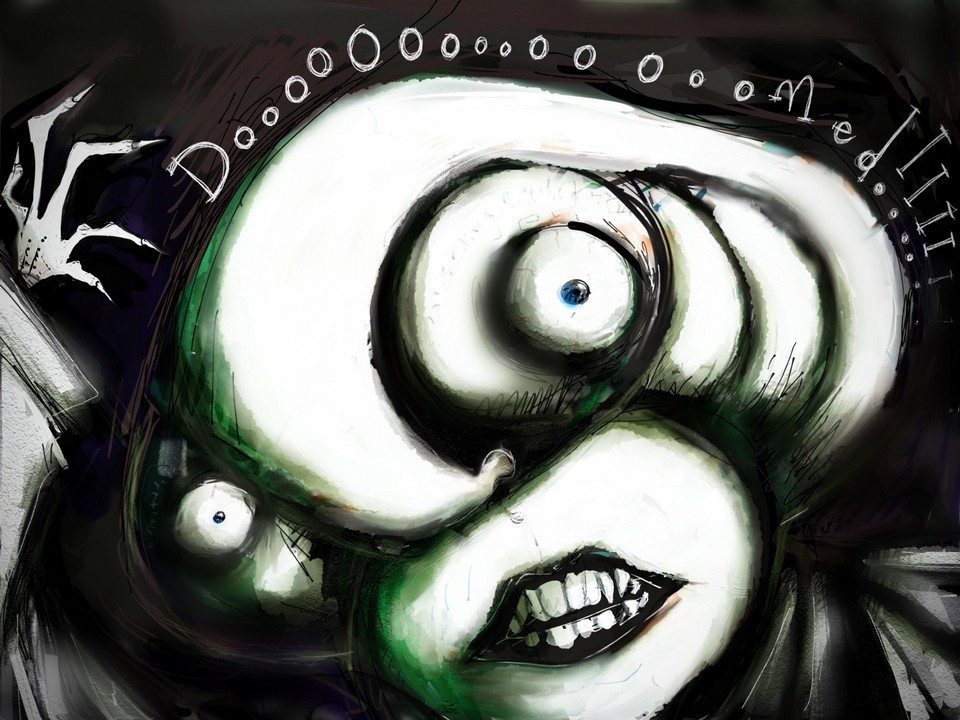 Mostly entire paintings. And always, if I remember, with animation (Scripts) turned on (as a feature could we change the default to on as a settings option? Sometimes I forget…)

Script recording, upscaling, paint blending. Zoom is so obvious I could neglect it but is so damn useful!

Well I would have said transform/scale layer until now. It was a bit cludgey (ahem) but it’s fab now through the new update. I don’t use glitter, but Hannah told me off for that so will try and find more places for it now 😉

Learn to think quick. Its worked well for me, mostly 🙂

Play. Practise. Draw daily. Draw pictures only you will see and draw images you can’t wait to share. And never say ‘ok, I’ve learnt everything you have to offer…’ Because there’s always something new to find.

Of course! Anyone who thinks tablet ArtRage is a toy hasn’t looked properly. 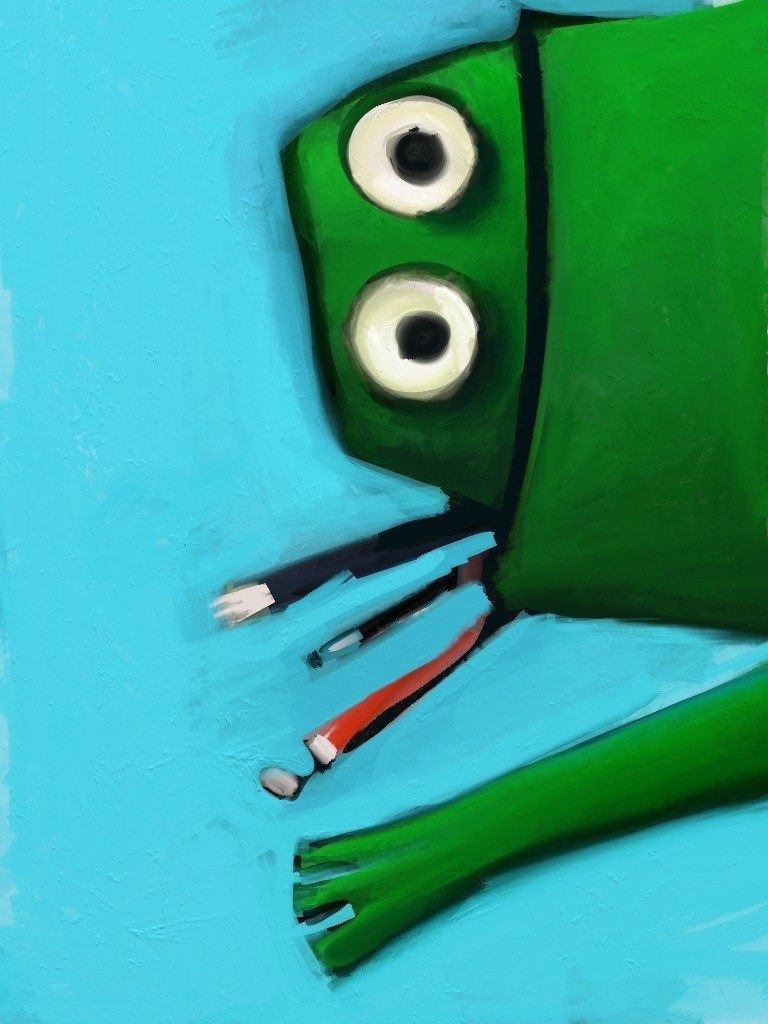 Where should ArtRage go next?

You can view more of Paul Kercal’s prolific portfolio and follow his updates on art apps, digital art classes and painting demonstrations, and the stories behind his picturesat www.kercal.co.uk.